My friend Jack said to me the other day that he’s amused with me calling myself a Christian because I’m one of the cheekiest people he knows.

So I thought I’d address that in today’s blog. Lucky you, eh?

I am in Christian in the sense that I love God wholeheartedly. I love Jesus (so much!) and I love the Holy Spirit. I believe God is the reason for all things. I believe Jesus is God’s love seen in human form so that God can know what it’s truly like to be a person and I believe the Holy Spirit is God’s heart. God’s gentleness and lovingkindness. I have had trouble in a lot of my Christian growth picturing the Holy Spirit. Is it a ghost? A lot of steam? Is it a person? A thing? Then I read the book “the Shack” (fictional but oh my gosh, so beautiful) and the author describes the Holy Spirit as “Sarayu” – a wind. I really like that. In the book, the Holy Spirit is repesented as a shimmering, almost see-through gorgeous Chinese lady. I love that!!! So cool! 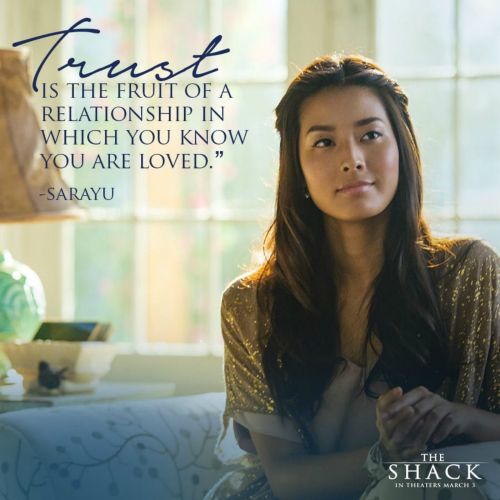 I truly believe God is the reason everything exists. I believe in the Bible and I like to believe I follow a lot of it – mostly in the way that I summarise it so that I can understand it and not get caught up in all the nitty gritty of it – I just think God asks us to 1) love Him (check) and 2) show a profound love and compassion for each other (check!).

I’m a person and I’m a pretty simple one at that, so to ‘speak’ to God, I imagine I’m talking to Him as a person. I had trouble wondering what God looked like and for most of my Christian walk, I’ve imagined someone fairly similar to Santa. Old guy. White beard. You know the drill. Lately though, I’ve decided God looks and acts like one of my favourite actors – Bill Nighy.

Bill has played some very strange parts over the years, but my favourite was as a Dad in a beautiful movie called “About Time”. I saw what kind of Dad God would be and it was wonderful. Now whenever I pray to God, I imagine He looks like Bill and is smiling, chuckling at my weird observations and walking patiently next to me as I go about my day.

Middle-Eastern, tanned with brown eyes, brown hair and a friendly face. I even like that Jesus (in the movie, anyway) has an accent. I always thought he’d sound like an American but hearing a Middle-Eastern accent made a lot more sense. This is so much better.

So they’re my team. My personal “big three”.

I talk to God – all the time. I talk to Him on my way into work, as I’m cleaning the kitchens and straightening chairs in the meeting room. I ask Him questions. I complain (a lot) about how I think things should be and how they’re not. I pray for all of you reading this blog. I pray God will bless every area of your life and that He will bring provision and blessing to everything you do. I pray for Alun. I believe my prayers are working because I can see God’s hand in everything around me.

So I live my life in the best way I can, hoping that I’m making God proud.

But that’s where my ‘being religious’ ends.

Because Jack’s right, I’m not religious.

Because to me, religion is where it starts to get a bit wobbly. Religion to me – is the part of Christian life where people get caught up in the rules. They get wound up by people ‘doing’ or ‘not doing’ the things in the Bible – fasting, praying, worshipping, obeying blah blah blah and they forget that the whole reason Jesus exists is that God wanted to understand us as humans and that God knows – through Jesus – that we’re very fickle, fallible, stupid creatures. So I don’t think God expects us to obey 109 rules. I think He just wants us to love Him and love the people He made.

I think people – some of them – get so caught up in rules and religion that they even hurt or kill others for disobeying. That’s the part of ‘religion’ I don’t like at all.

I used to be similar – caught up in ‘the rules of being Christian’. Always at Church – twice on a Sunday. Always at Bible study, at youth group, at all the Christian gatherings. I used to listen to a majority of Christian music and hang out with mainly Christian people. I saw the world as black or white – if you’re gay, you’re wrong. If you’re pregnant without being married, you’re wrong. If you have an abortion, you’re wrong. If you swear or laugh at rude jokes – you’re wrong. If you follow a different religion or God forbid – are an athiest – then you’re definitely wrong. There was so much that in my head was either “wrong” or “right” that I had no compassion for the many that live in the blurry in-betweens of life. For the girl that got raped and that’s why she’s pregnant and not married. For the man who knows he’s attracted to young children (oh my word, it is so hard for me to write this) and he’s angry with himself and hurting and doesn’t know what else to do. These are the people we need to show love to. I believe this is what God truly wants. Not regular church attendance. Miss Church, but offer a meal to a homeless person. Skip Bible study, but spend the afternoon babysitting you friends’ children so she can have a bath without being interupted. That’s what I think being a true follower of Christ is.

I had to fall far to learn. I had to be an adultress and leave my first husband for a guy who didn’t even think that much of me to find out that there is an in between of black/white/right and wrong – there’s actually a world of grey out there. When I was in that pit – knowing I’d cheated on Jon and feeling really alone and lost – it was the Christians – and especially the non Christians – who loved me through it all that made a huge difference in my life.

I changed in that year, you guys. I opened my heart and my mind to the possibility that maybe we should love those around us regardless of whether they attend Church or not. Now…I laugh at dirty jokes, I have loads of friends of different religions, I don’t judge anyone and I’m pretty curious about sex and what it involves. I have dropped the ocassional f-bomb. I end up in what my friend Megan and I will probably refer to as “gutter talk” because totally innocent conversations in the kitchen end up being about strippers, what a Hooters waitress should look like (lol) and butt plugs. (Okay. Don’t ask. I won’t either. I don’t actually want to know about that). I have found that when I allow myself to laugh at something not entirely holy – it allows the person I’m with to let their guard down. We laugh. We talk – like really talk, then. The people I have a ‘cheeky chuckle’ with are surprised I’ve not done the sign of the cross in their face and called them “sinner” at the top of my lungs. They open up. A real connection is made and I can love them by being kind, compassionate, caring and someone they can relate to.

I truly think this is something that makes God happy.

I look back on my years of Youth work in Liverpool alongside Jon and I think back to the first few years when I just wanted every youth we came across to be “saved” and to be a perfect teenager. I think my youthwork was effective and yes, we got a lot of the Bible out into communities…but when I started laughing with the youth, winking at them, giggling about boys with Becci and Stacey, teasing Marc about hiding Olivia under his bed…talking to the girls about condoms and how ‘tricky’ they are to use “oh the embarassment”…that’s when the real work began. That’s when youth told me about their families, their fears, their hopes and their dreams. I stopped being a youth pastor and I started being a friend.

And I wouldn’t change that for the world.

So to anyone gay out there – I reckon we should go out for pancakes 🙂 To anyone who had to make some really tough choices and give up her baby, I would love to see a movie with you. To the person who fell to temptation and gave in to the herion addiction – do you like cheeseburgers? Want to come out with me for an hour and just talk?

That’s the person I am now. Not religious at all…but definitely a 100% follower of Christ.